Home » Pur, Wag, and Laugh your Tail off with NOAH

Pur, Wag, and Laugh your Tail off with NOAH

Join NOAH for their Laugh your Tails Off! 2019 event! This is one of NOAH's biggest fundraising events to help homeless animals!

Pur, Wag, and Laugh your Tail off with NOAH

We love supporting the NOAH Center Animal Shelter in Stanwood, WA. Run Those Dogs owner Jen Sewell volunteers there and adopted both of her wonderful dogs, Kai and Gus, from NOAH.  Northwest Organization for Animal Help (NOAH) is dedicated to stopping the euthanasia of healthy, adoptable and treatable homeless dogs and cats in Washington State. They’ve been doing so since 1988, and in Stanwood since 2003. We wrote a blog about them in 2017. They continue to make a difference with their 6th Annual Laugh Your Tail Off! benefit comedy show and silent auction, this year held at the Tulalip Resort Casino on March 30, 2019!

This event helps raise around $50,000 annually in support of homeless animals and continues to be an evening of big laughs and big love. All the proceeds go right back to NOAH and the animals they help.

If the great cause doesn’t have your tail wagging already, the night itself will. A ticket gets you appetizers, dinner, a signature cocktail and the comedy show. This year, they are bringing back comedian Steve Treviño!

Steve Treviño is fast becoming one of the country’s hottest comics and the new voice for the 21st century Mexican American. Finding his way from a Hispanic upbringing in a small South Texas town to living his dream in Hollywood has infused Treviño’s comedy with a “TEX-MEX” sensibility. Yet, as a performer, he has a uniquely American voice that transcends ethnicity. Like the title of his upcoming comedy special, that makes him universally Relatable.

A national headliner, Treviño has made memorable appearances on The Late Late Show, Comics Unleashed and BET Comic View, among others. He also wrote on Mind of Mencia and produced and wrote on rapper Pit Bull’s La Esquina. Treviño landed in the Nielsen Top 20 with his first Showtime comedy special, Grandpa Joe’s Son. His second special Relatable (2014) is on Netflix.

We hope you will consider supporting NOAH by attending this night of comedy and auction to save homeless animals! You can purchase your tickets here or by going to NOAH’s website.

Tickets are $125/person and include appetizers, dinner, signature cocktail and comedy show. You can get a pre-sale discount of $10 off each ticket if purchased before January 15th, 2019. For an even bigger discount, get together with your family and friends to purchase a table for 10 guests for only $1,000. That’s $25 off each ticket!

Join Run Those Dogs in supporting the hard work of NOAH Center by getting your tickets early and inviting your friends to join you. Its a whole night of fun for a very good cause: finding permanant, loving families for the homeless animals of Washington State. 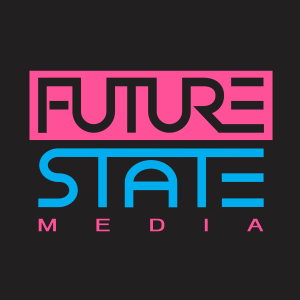